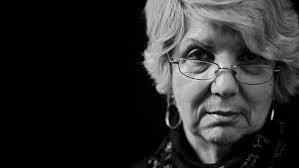 This week, nytimes.com published the final installment of the Lives Restored series, which profiled people who are functioning normally despite severe mental illness. Written by Benedict Carey and photographed by Damon Winter, the series also includes five videos that were produced by Nick Harbaugh, Nancy Donaldson and Soo-Jeong Kang and shot by Mr. Winter.

Mr. Winter faced many challenges during the project. Not only did he have to shoot video and photographs, he also had to try to capture something that is essentially invisible — what happens inside someone’s

mind. We interviewed Mr. Winter by e-mail. The responses have been edited and condensed into a narrative.

Early in the year, our Health and Science photo editor Soo-Jeong Kang told me about a series Ben Carey was working on — profiles of men and women who had overcome struggles with mental illness and gone on to lead healthy, successful, even extraordinary lives. When we first talked about the photography for the project, we agreed that strong portraiture would be at the heart of the project.

Much of what Ben would be writing about happened in the past, much of the pain and the heartache he would be describing had already been overcome or at least been in remission. We would be meeting these people during much better times in their lives. A documentary approach didn’t seem feasible.

Portraiture, for me, is one of the most challenging kinds of photography. When I have a portrait assignment, I feel as though it is an enormous undertaking to try to get a single picture that really captures a person’s personality, story or a moment in his or her life. When this project came up, the editors wanted a multimedia component as well, and I just didn’t know how I could do it. Most times on a portrait assignment, I feel like I’m barely keeping my head above water, and if I’m lucky, will walk away with one decent photograph that really accomplishes something. When we talked about multimedia, about having dozens of images, or video, that could cover a three-minute audio interview I was pretty worried.