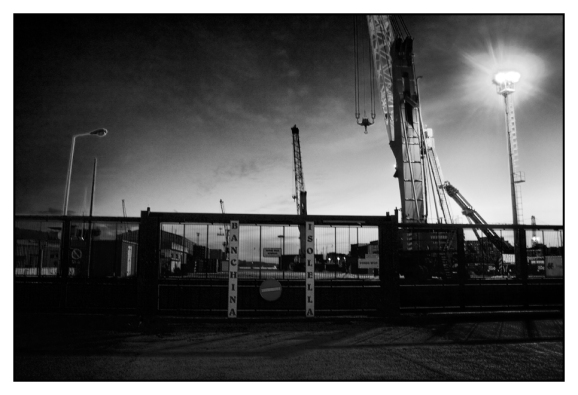 Trapani, the growing industrial hub below the ancient enclave of Erice, had been gobbling up the open areas for development, nevertheless moving away from the main road the scenario starts to change.

It is surreal. The industrial city becomes plain desert with huge geometrical patches of still water. The smell is strong. The silence is broken only by the cicala songs. The nature gets its revenge once again.

In front of me, some of Europe’s oldest salt marshes and the remains of windmills once used to drain water from the basins (containing ponds).

The atmosphere is magical, ancient memories are fixed in this scenario. My imagination flourishes with images of this place long time ago when they were populated, when the windmills were still in use, when men and women were working together to extract salt during the torrid summer in Sicily.

After hours lost in this magical atmosphere, I went back to the city and the massive industrial edification in the suburb of Trapani struck me even more.

Concrete and smoke of the factories are now the predominant view in the twilight and I found another surreal place to make immortal.

7 responses to “Salt mines and other surreal places (Trapani)”